For this season of Epiphany, as we make room for our imaginations to illuminate God’s Word within and around us, Jim Brown from Earth Stewardship invites us to imagine ourselves as one of the disciples on the boat with Jesus when a storm suddenly hits.

In the fourth chapter of Mark, Jesus and the disciples are crossing the Sea of Galilee in a boat when a “furious squall” arises.  The disciples are fearful that the boat might capsize (“waves broke over the boat”), leaving them to drown.  Why don’t you care, they ask Jesus, who is seemingly unconcerned and actually asleep in the stern!  Jesus awakes, rises, and calms the storm.  He castigates the disciples for their lack of faith.  The danger was real, but their faith was not.

As an earth scientist and a Christian I struggled a number of years ago with the relation of my faith and theology to science.  At the time I pictured them as occupying different realities. The sphere of science versus the sphere of religion.  As if one did not speak to the other.  As a geologist I had been trained to think of the earth’s mountains, valleys, oceans, and the creatures that inhabit them as changing over time.  I experienced religion on the other hand as familiar and unchanging, an area of refuge where I could park my being.  But did it make sense to park my science at the doors when entering church?  To do so would leave me with a faith that doesn’t speak to the world as I experience it.  As the years have gone by, however, my thought has swung in the opposite direction.  I have been able to integrate my faith and spiritual life with what my experience as a scientist tells me is real.  I have come to an awareness that my faith needs to speak to the issues of the day no matter how furious the squalls of injustice, oppression, as well as humankind’s abuse of the natural world.

As an environmentalist and climate activist it has not been easy to find avenues into the world of the Old and New Testament.  Perhaps it would be simpler if pollution and climate issues were a concern for the early church in the New Testament.  Industrial pollutants, however, had not yet made their way into the Jordan River.  Carbon dioxide and methane were not raising temperatures in Galilee via the greenhouse effect.  Human causes of extinction were not running rampant in the natural world.  Does this mean I should park my 21st century science at the doors of the church, adopt the understandings of the 1st century, and trust that God will make all things, including the natural world, well and good?  To do so, I might gain a certain tranquility, but I would have to turn my back on what I understand to be real.  More importantly, to shrink from the troubling environmental realities of the present day that would leave me in a very similar position to the disciples on the shores of Galilee, fearful and absent of faith.

This summer and fall we have seen record temperatures, drought, and wildfires in the western United States.  On the east coast we’ve encountered heavy rains and floods.  As a person and as a scientist I worry about what lies ahead in terms of “extreme” weather events.  Science tells us our climate is changing, and not for the better.  Does this lead us to a place of fear and an absence of hope like the disciples felt when they encountered the furious squall in the Sea of Galilee?  Does this passage from the fourth chapter of Mark present us with another alternative?  I would argue that Jesus’s castigation of the disciples’ lack of faith similarly points us in the 21st century to the alternatives of faith, love, and opportunity.  Not a naïve faith that denies what we perceive as real.  But a faith that leads us to recognize all that is good, worth preserving, and indeed sacred.  Finally, one last gift we possess as Christians is the opportunity to act in community.  Like the disciples, we are asked to face our fears, and like them, grow in understanding from a sense of community.  Jesus may appear to be asleep in the stern, but he is actually aware and ready to offer us all guidance and faith. 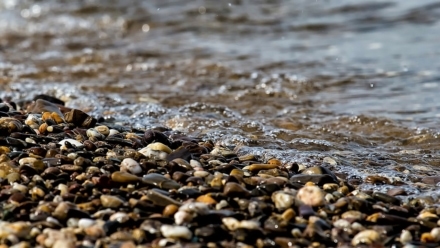